The definition of an exceptional student is fluid. If can vary by place or time, and may be applied to a student in one situation but not to that same student in a slightly different situation. 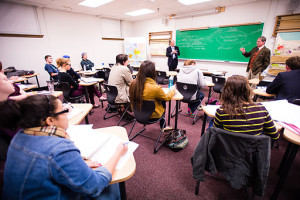 Any student requiring more or less than the conventional majority or who otherwise lies outside the elusive concept or “normalcy” can be considered exceptional.

One student may possess learning or physical disabilities that preclude them from keeping pace with the typical student, while another may be able to complete standard schoolwork significantly faster than average. Both seemingly disparate students can be considered exceptional (Gollnick & Chinn, 2013, p. 195).

EAHCA and Equality in Education

While 1954’s Brown v. Board of Education specifically dealt with minority students, its ramifications have influenced the treatment of exceptional students regardless of race. It extended constitutional protections to encompass education, which in turn extended those same protections in all societal life such that all students—African-American students directly and any exceptional student by extension—have the right to those protections in their educational pursuits. While that right was not legally applied to 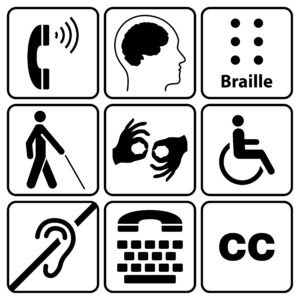 disabled students until 1974 with the Education for All Handicapped Children Act (EAHCA), Brown set the precedent that would allow such protection to pass.

The EAHCA caused a ripple effect throughout American schools. Aesthetics, architecture, curriculum…everything had to adapt to ensure that disabled students received a full educational experience. All restrictions or impediments had to be remove; for example, stairs were no longer acceptable unless there was a sufficient alternate accommodation. Anything schools could do to bring the experience of a disabled student up to par with a traditional student had to be done.

The Reality of Equality in Education 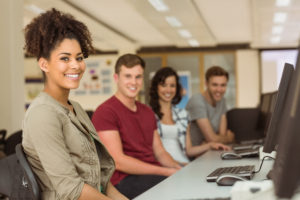 No matter how equal the experience, there will always be some difference. It’s impossible for all students to get the same quality of educational experience. People are complicated, and it’s impossible to quantify those differences, let alone adapt education to fit the precise needs of each individual. Consequently, students tend to gather in groups for which the only membership requirement, albeit unspoken and often unintentional, is to share a certain trait.

This happens with disabled students as well. Deaf students tend to group, just as do students of a common race, sexuality, or interest. While sometimes by choice, this is also at least partly due to a mistreatment, even one by omission rather than by commission.

A clear example of a problem needing to be addressed in education for disabled students is that students of minority races, particularly African-American students, are disproportionately diagnosed as disabled and in need of special treatment. These students are also vastly underrepresented on the opposite end of the spectrum, in gifted and talented programs, and this is an example of subtle mistreatment by omission (Gloonick & Chinn, 2013, pp. 189-190, 192).

The Future of Equality in Education

All students should be encouraged to interact and learn from one another, as much from their differences as from their commonalities. And, indeed, all students have the same rights: to achieve a sense of accomplishment, of success through education and growth, and a path to get there. The future of equality in education hinges on finding the approaches and tools that allow exceptional students to fulfill those needs with as much a chance of success as other students.